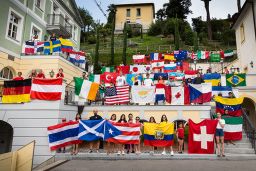 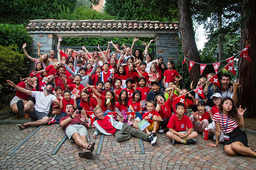 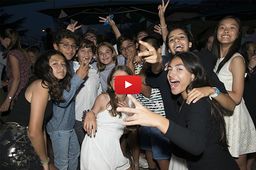 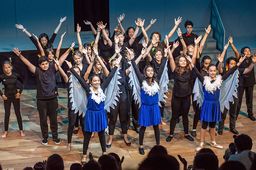 The world-renowned TASIS Summer Programs date all the way back to 1955 and have enriched the lives of countless children and young adults. While The American School in Switzerland currently offers three programs at its main campus in Lugano—Château des Enfants (CDE) for ages 4½-10, Middle School Program (MSP) for ages 11-13, and TASIS Summer Program (TSP) for ages 14-18—there are additional offerings in England, France, and Puerto Rico, and many other programs and locations have come and gone through the years.

We recently caught up with summer alumni from each of the past six decades and asked them what memories still stand out today. Below are the six themes that appeared most frequently and some of the explanatory remarks our alumni offered. 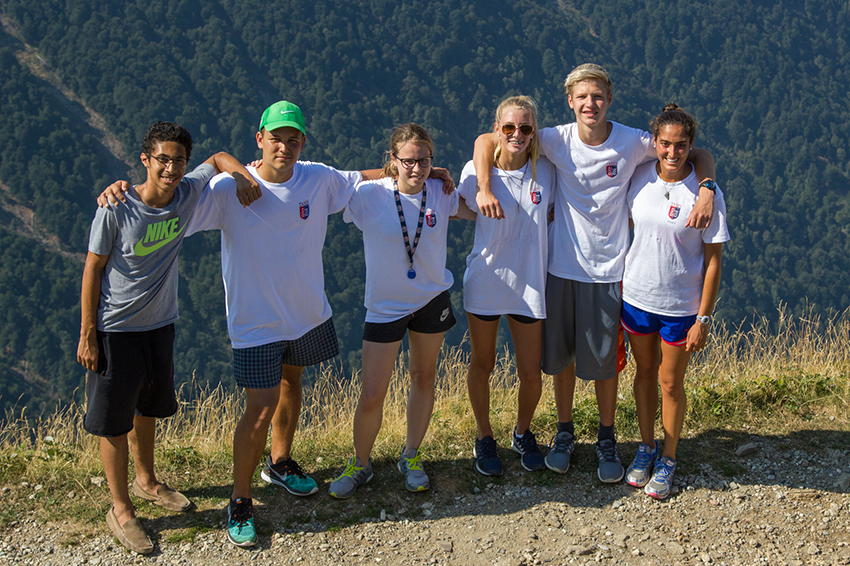 #1 Friendships formed with other students

"TASIS was a community unlike anything I had experienced before. The structure of the camp was fun and exciting. I loved being surrounded by the beautiful scenery and getting to travel around the area. The culture, people, and experiences I had will stay with me for a lifetime.

A girl I met in the painting class (who lived across the hall from me) is still one of my closest and dearest friends to this day. Growing up we lived across the country from each other but still stayed in touch almost every day. Now we live in the same city!

I want to go back! I would love to be a counselor! It was the best summer of my life."

"It was a wonderful time in my life, being a teenager, learning new cultures, and making great friends."

"Honestly the three summers spent in the program were the best summers of my "informative years."  So much so that I ended up going back following graduate school to be first a counsellor and then an administrator at the TASIS Summer Program (TSP).  If I were to have children, they would definitely be attending TASIS Summer Programs. The curriculum might have changed, but the experience remains top notch—something I can say having been both student and administrator.

While the classes were great—and I improved quite a bit in German and inadvertently learned a lot of Italian!—the best part was the friendships made with people from all over the world. Being able to meet and travel with these new companions made for an incomparable experience which I still reflect on—and subject my current friends, family, and colleagues to—today."

"Best things I've ever done. TASIS is one of my proudest associations. Some of my best friends I met the very year I went, 2000, at the Middle School Program (MSP). We've traveled across the globe to visit each other. I've been incredibly fortunate."

"I chose to attend TASIS because I loved the Château des Enfants (CDE) Summer Program so much, and I ended up graduating in 1977. I still keep in touch with the majority of the people I met there and would love to reconnect with some of my CDE friends."

Toni Perreira, who attended a TASIS Summer Program program in 1972 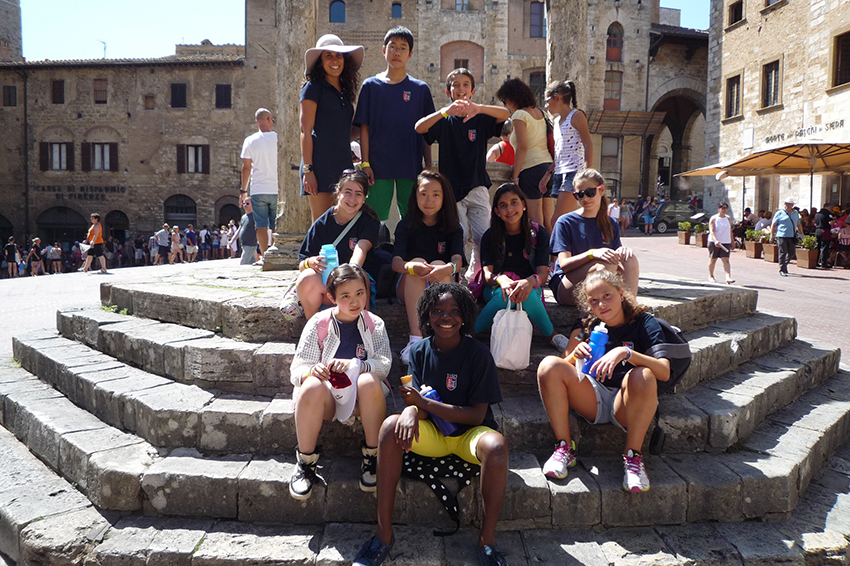 #2 Traveling to other cities around Europe

"TASIS was my first significant international exposure. It informed my worldview and made me recognize other cultures and languages as equal to English/American culture from a very early age, which I think has made me a better world citizen."

"Having the wonderful opportunity to attend Swiss Holiday in 1966 started my love of travel. Meeting people from all over the United States ( as summer campers) and all over Europe opened my eyes and mind to the many possibilities to learn about different cultures. Being exposed to the history, the culture, and the music, foods, traditions, and "life" abroad was fascinating to me. I will never forget the thrill of going to Port Lligat with our blue VW bus of campers....where we saw Salvador Dali!!! I told my children about having my photo taken with him...what a thrill! He was a character, for sure.

I returned to Europe several times after that, and continued my love of "learning"...In 1971 I was married and my husband and I spent three months in Europe...I was able to show him some of my favorite places, including Lugano.

Years later, we encouraged our children to TRAVEL and LEARN about other cultures. One son married a wonderful Danish woman, and another married a Chinese woman. We are blessed to incorporate many of their traditions into our lives to this day.

Sally Peters Davidson, who attended a TASIS Summer Program in 1966

"Crazy, but driving around in a VW Bus, through what was then Yugoslavia, and camping in Spain, being on a rundown sailboat going to the Greek islands. Pizza at Federale in Lugano. Everything. It was transformative. I wish I could relive every good/bad/crazy minute of that summer."

Gail Peters Beitz, who attended a TASIS Summer Program in 1968

"A summer of a lifetime. Seriously one of the true highlights of my life. Still love to travel throughout Europe."

Rick Block, who attended a TASIS Summer Program in 1969

"An enthusiasm to share amongst cultures, and to wonder and wander that is not so commonly experienced in New York."

Helen Jiang, who attended a TASIS Summer Program in 2010

"The summer was almost all travel.  If I have to pick a favorite, it'd be the Greek Islands, but Rome was great, and accidentally driving into Albania was an adventure. It was all fabulous, crazy, memorable."

Gail Peters Beitz, who attended a TASIS Summer Program in 1968

"Because I was in a painting class, we traveled throughout Switzerland and Italy weekly. Seeing Milan was incredible, but my favorite was seeing the peninsula where Star Wars was filmed. It was special and unique and very few other campers got to participate." 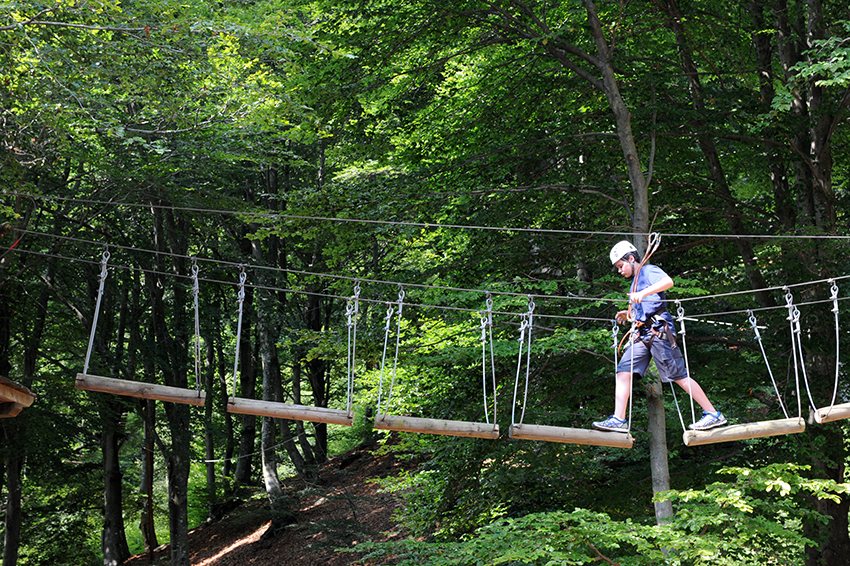 "Canyoning was beautiful and challenging."

Anna Rebecca Shealy, who attended a TASIS Summer Program in 1996

"The camping trip to Valle Verzasca was fun! Nature! I will always remember my time at TASIS!"

Annemarie Klett (Kasper), who attended TASIS Summer Programs as a student in 1982–83 and returned as a teacher in 1990

"My favorite trip was probably camping in Valle Verzasca. But also visiting Lucerna was super. The places chosen were always interesting and the organization impeccable. An amazing experience that changes a kid’s life. Highly recommend to anyone."

"Camping in the Alps was a wonderful experience. Small group of great people, enjoying the present moment of beauty."

"Climbing Mt. Tamaro was the most enjoyable because I bonded with my group, but my favorite trip was Sirmione! It was incredibly calm, gorgeous, and relaxing. I was also close with everyone that made the trip so I felt comfortable going anywhere with any of them."

Helen Jiang, who attended a TASIS Summer Program in 2010 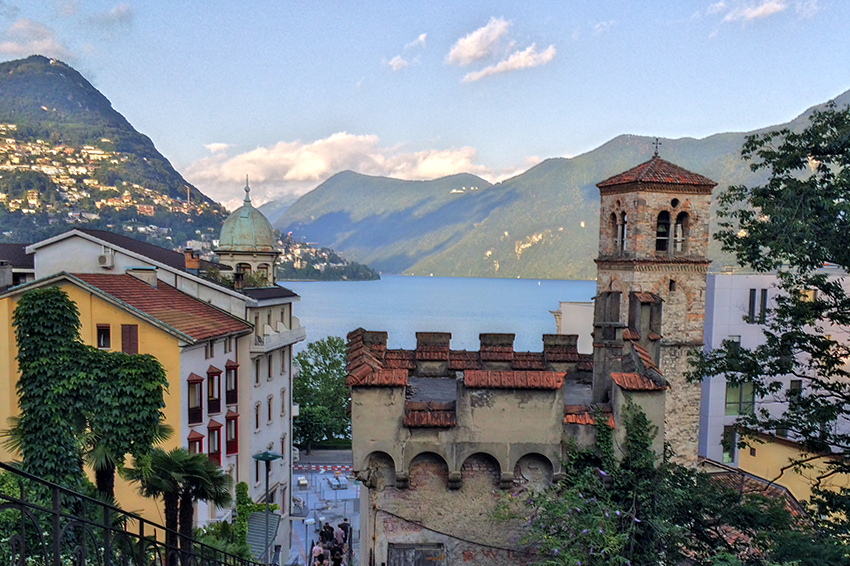 "The settings are amazing, the teachers were very well prepared, the life spent in these weeks left me with memorable friendships and ideas. Truly there is no aspect that I do not remember with affection and nostalgia."

"Travel was the big draw, but the beauty of Lugano and the wonderful people made the summer extra special!"

Mary Blumberg Dean, who attended a TASIS Summer Program in 1963 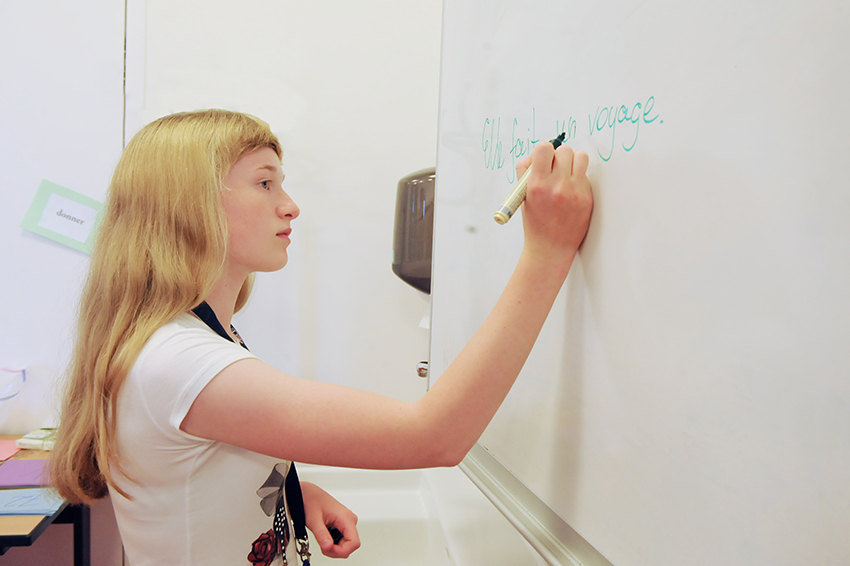 "I loved the program. I loved learning about France by being there and traveling and learning the language and the culture. I loved meeting the other students and making friends and memories and all the different experiences we had."

Elizabeth A. Smith, who attended a TASIS Summer Program in 1970

"It was a terrific opportunity and my spoken French has never been better."

Anna Rebecca Shealy, who attended a TASIS Summer Program in 1996 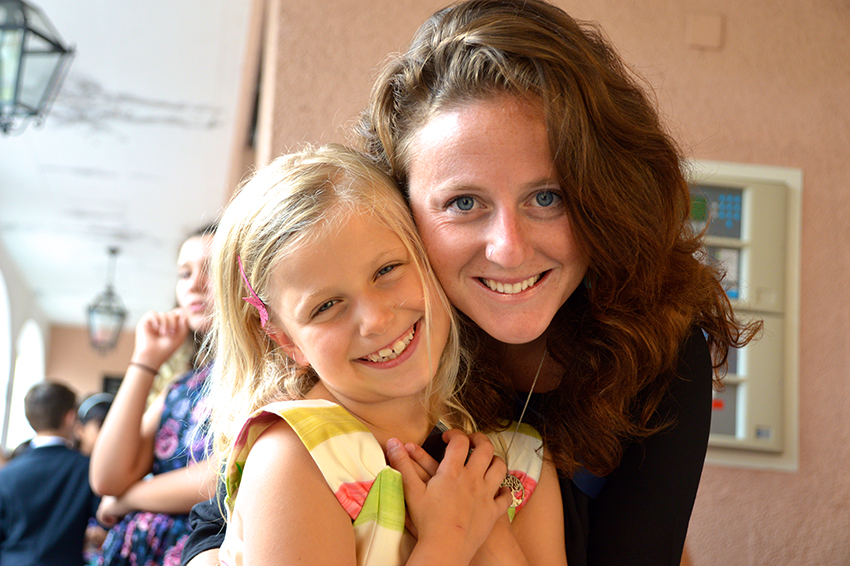 "The family feeling that Michele and John Watson created made everyone forget about being homesick. Every day was beautifully structured and the activities were excellent and covered a huge range of interests. We were never bored! The Summer Programs are so spectacular and mainly because of the great teachers and counselors that run them with so much love and joy. I will always love Michele and John Watson for all the kindness they showed their young charges."

Toni Perreira, who attended a TASIS Summer Program program in 1972

"The time I spend with TASIS was formative to my growth as an independent woman."

Lucy Hadsall Hedrick, who attended a TASIS Summer Program in 1964